Kagyu Monlam has the following origin. The Tibetan word of Mon-lam can be translated to “Path of Aspiration.” Many aspiration prayers are recited during the Kagyu Monlam. The main prayer is known as the “King of Aspiration Prayers” or “Samantabhadra Wishing Prayer.” It is part of a large collection of the teachings of the Buddha preserved in the Kanjur.

Since 1996, the Kagyu Monlam is taking place in Bodhgaya, India, in the Bihar state. Bodhgaya is the place where Buddha achieved enlightenment. Thus, it is the main pilgrimage site for Buddhists of all traditions.

Thaye Dorje, His Holiness the 17th Gyalwa Karmapa, has been leading the aspiration prayers since 1996, accompanied by other Buddhist lamas. The effect of reciting an aspiration prayer in the presence of such great Bodhisattvas just once is said to be more effective, rewarding, and valuable than reciting it a million times on your own. 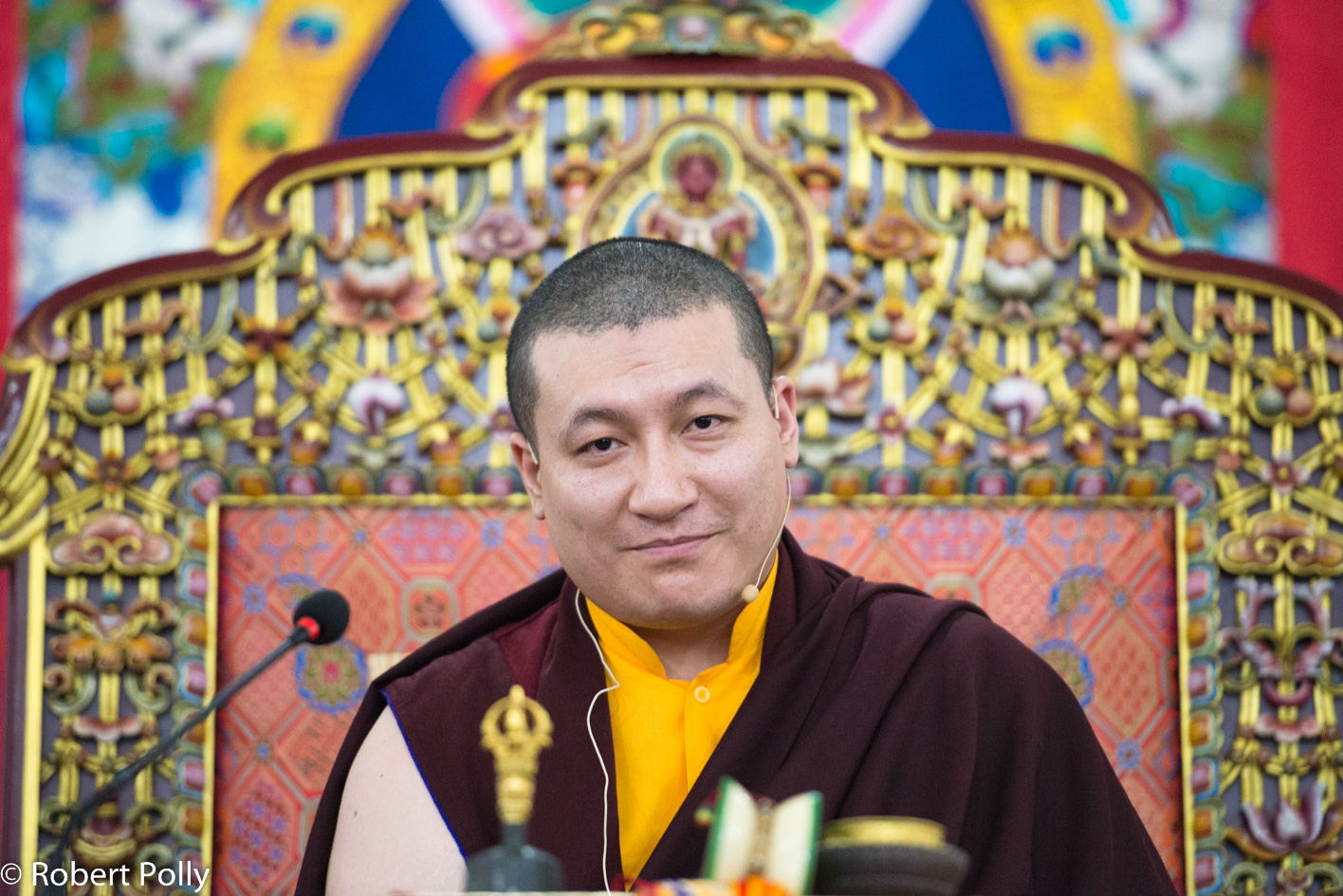 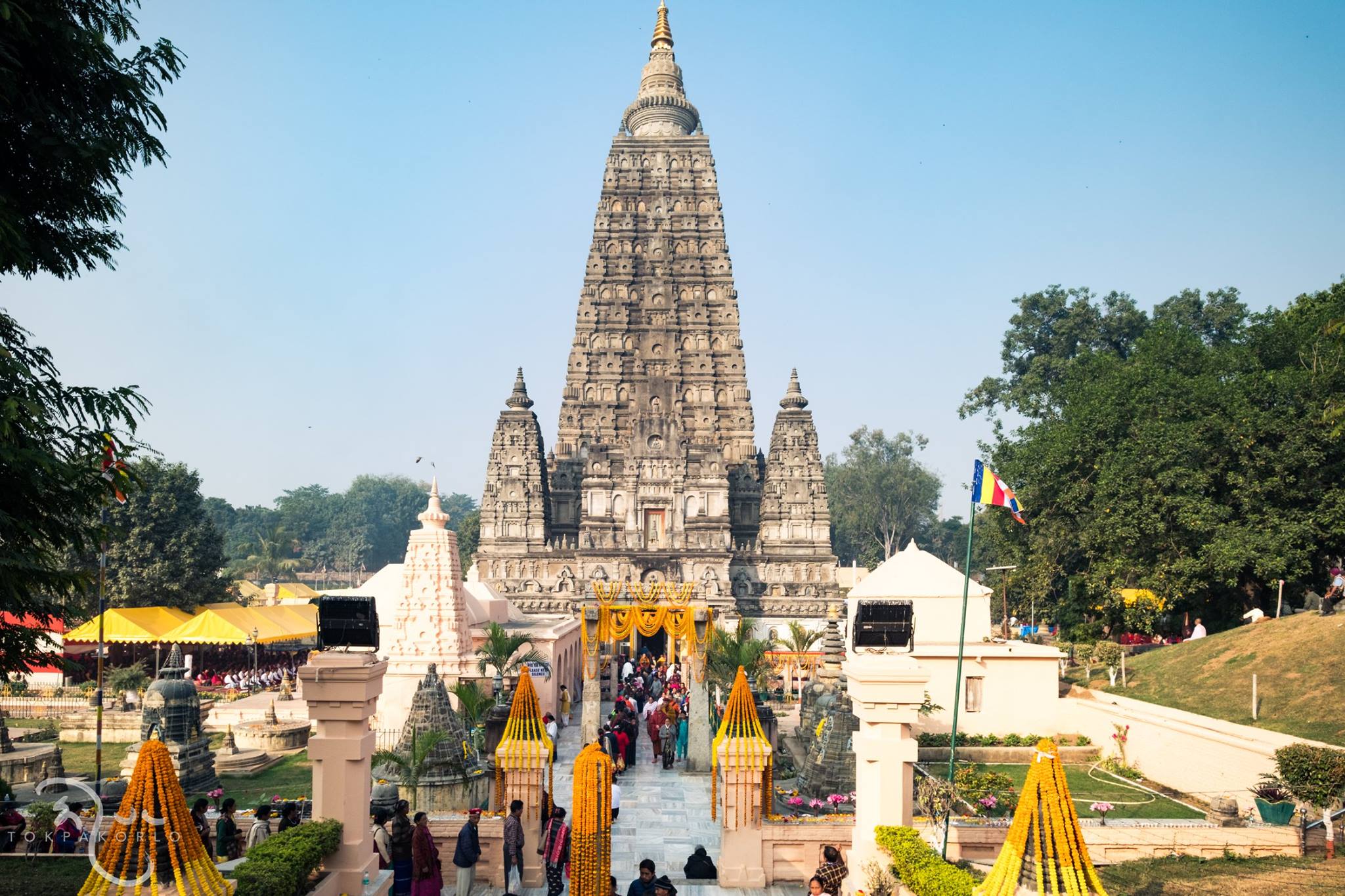 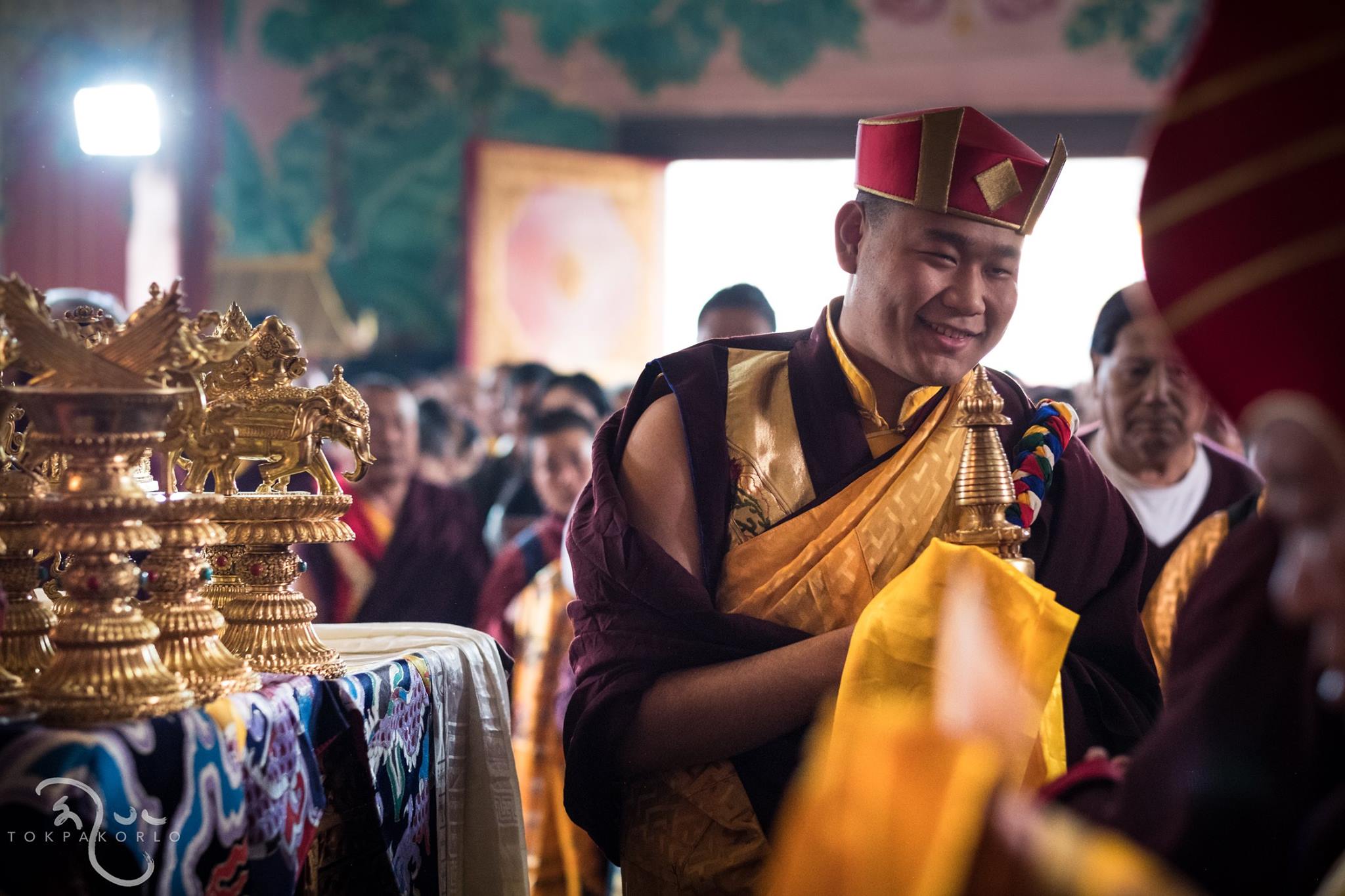 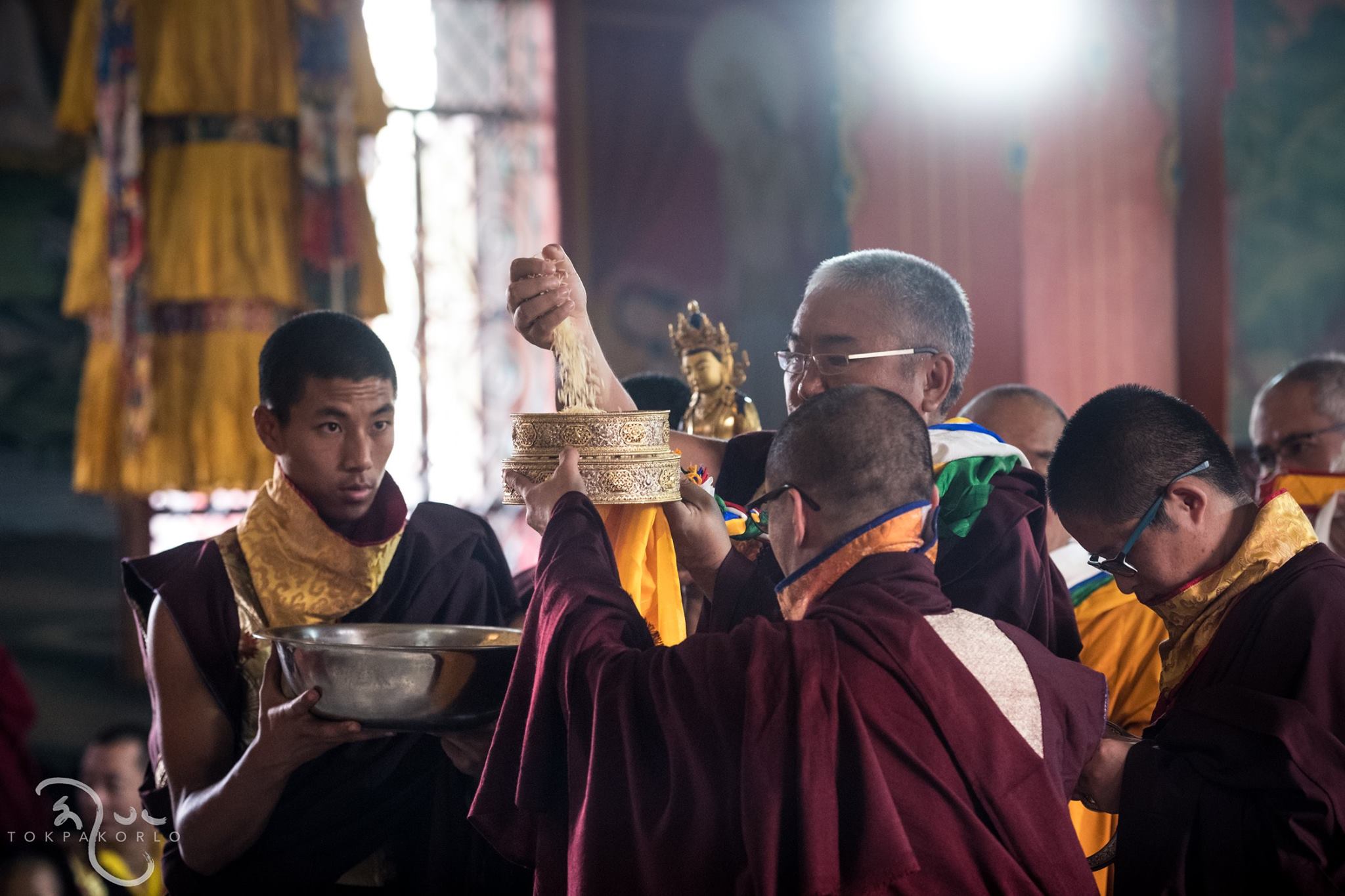 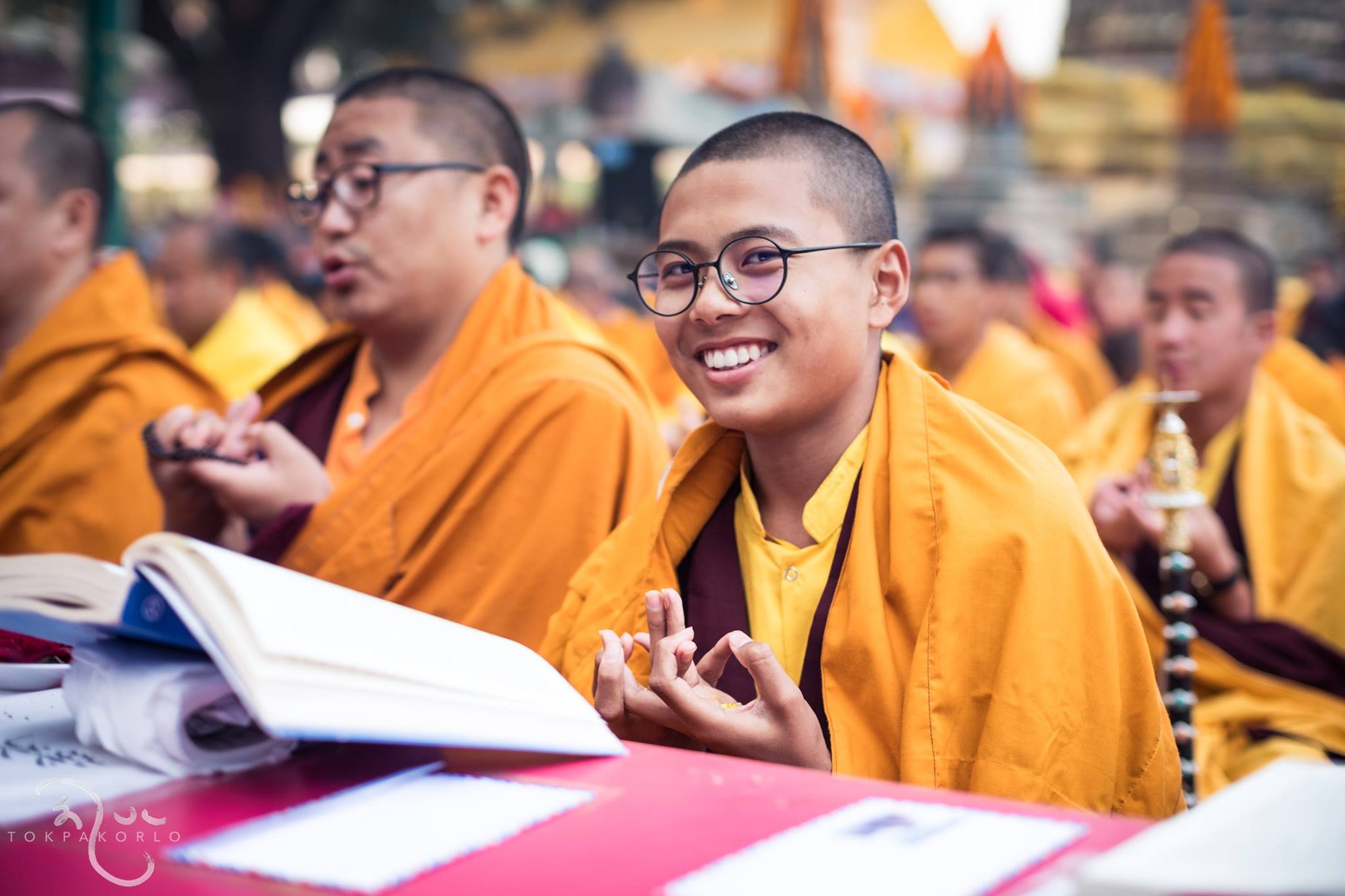 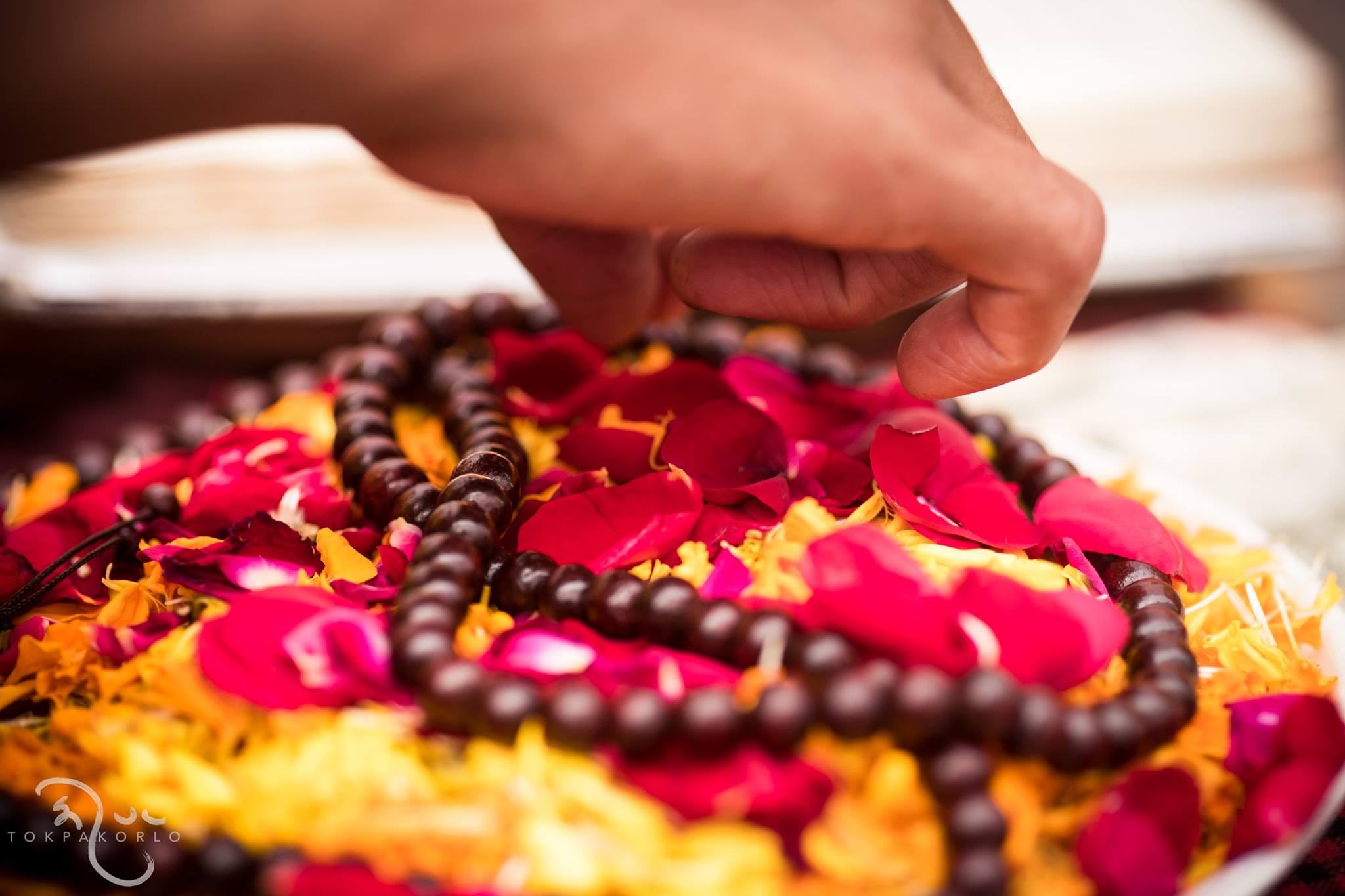 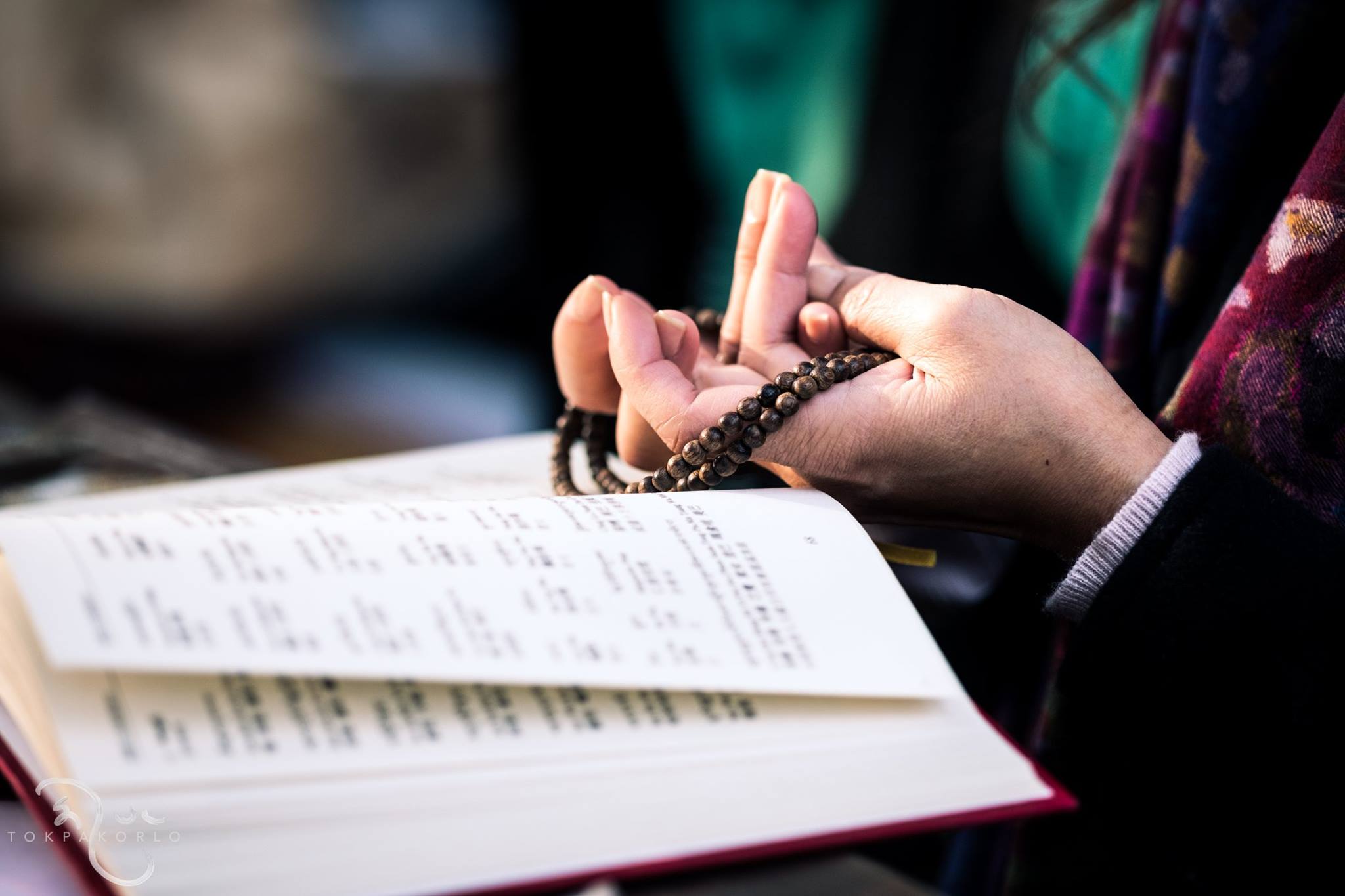 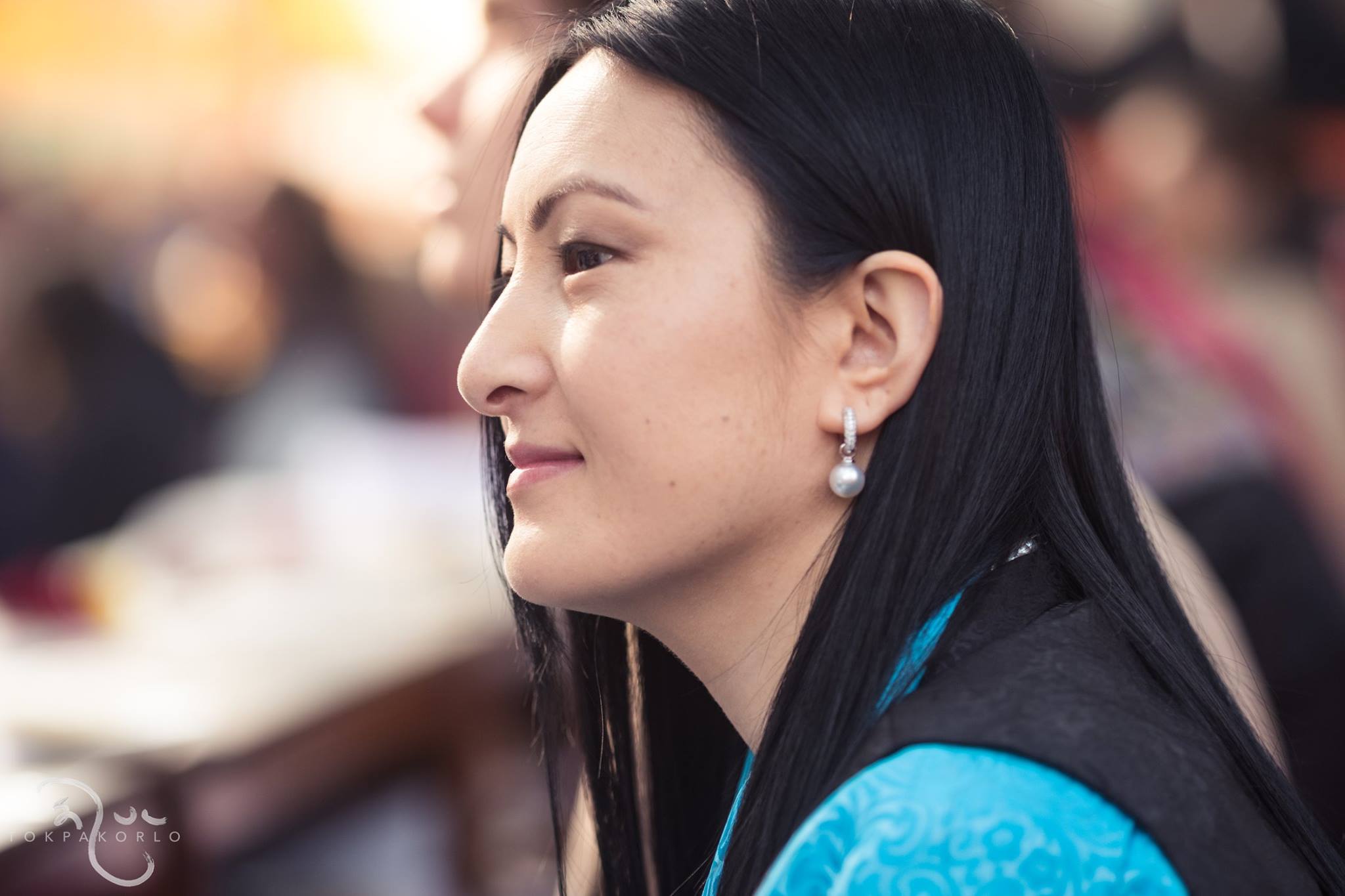 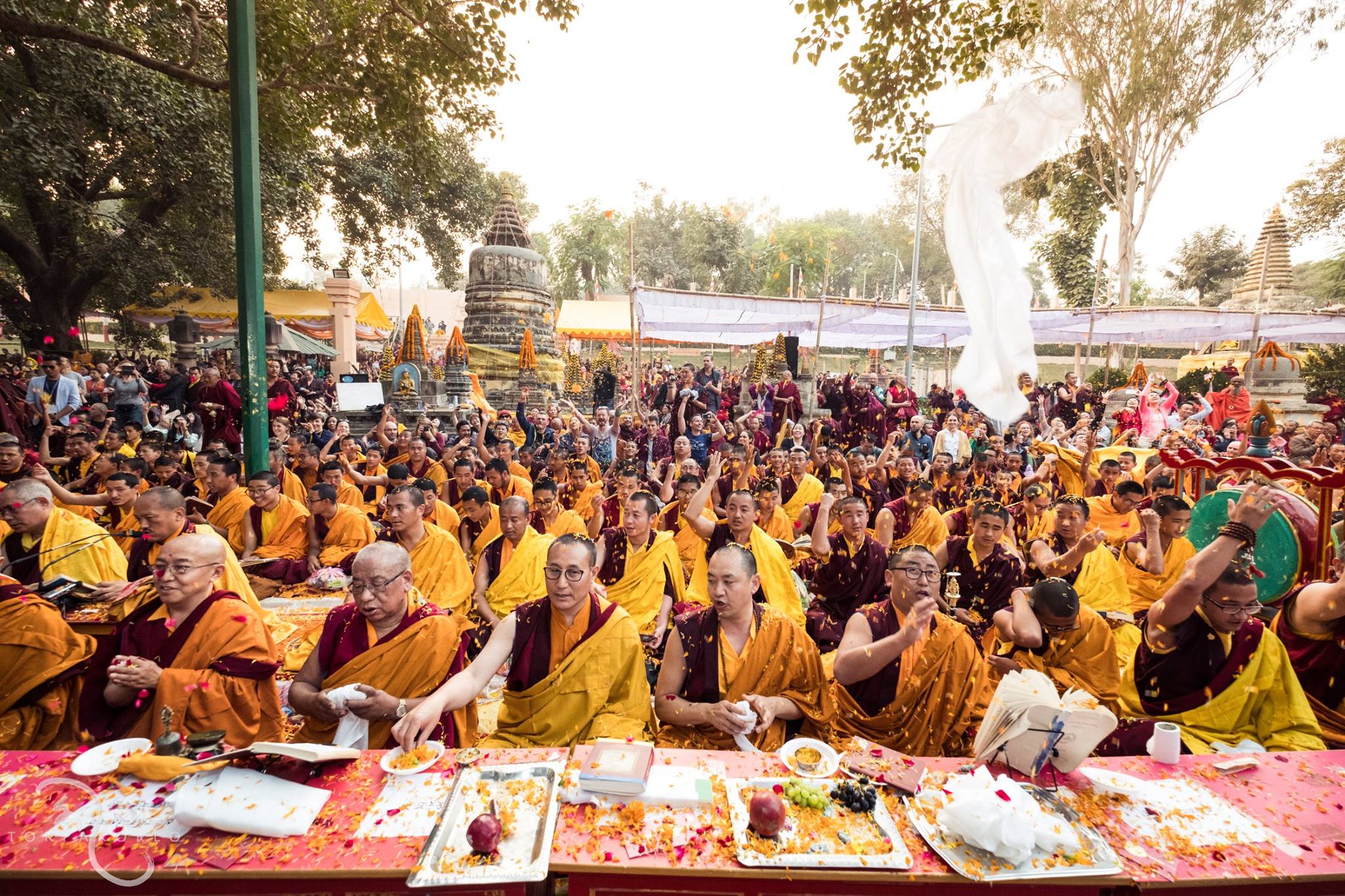 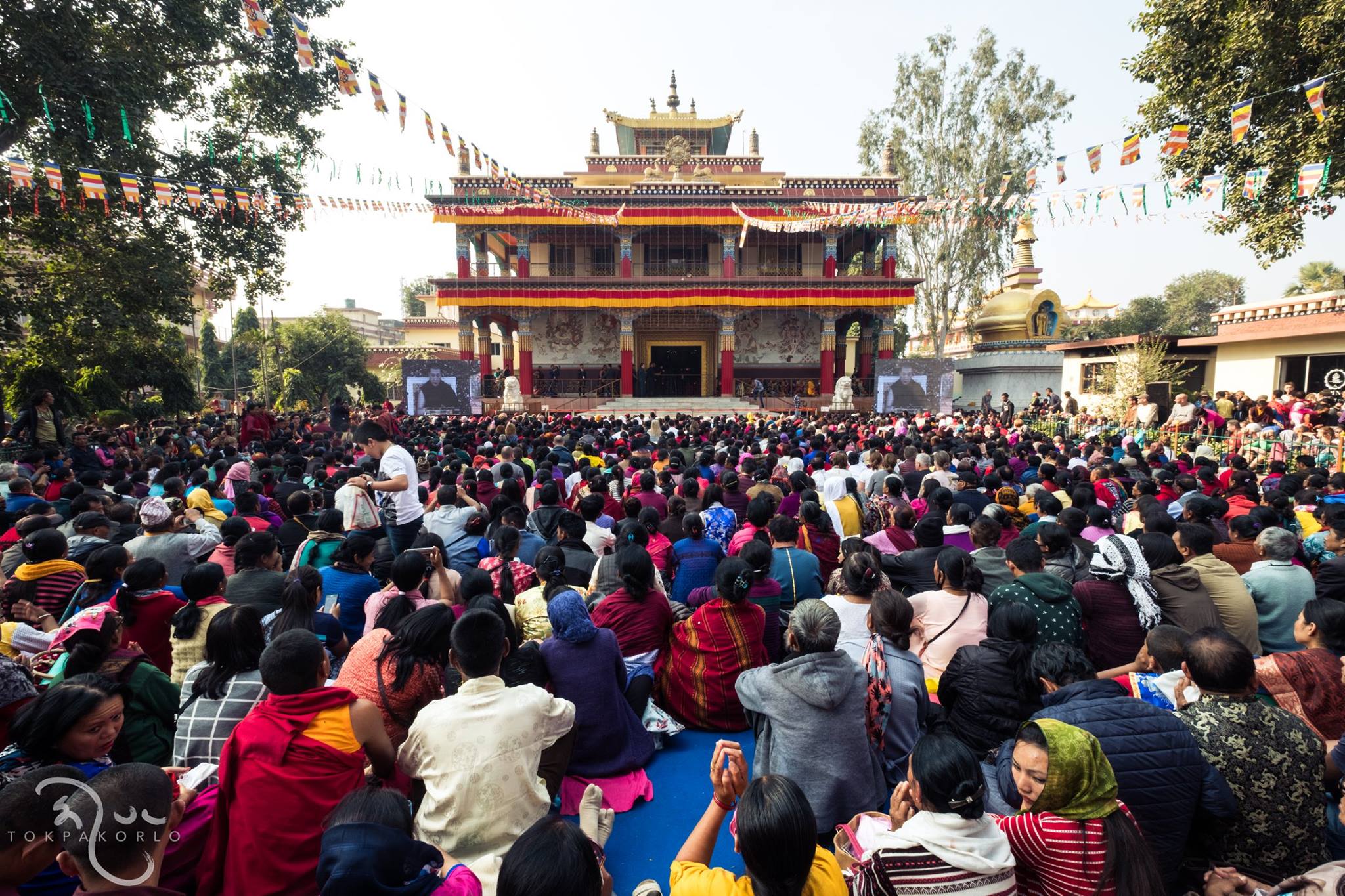 The Preciousness of Joining the Kagyu Monlam

In Tibetan Buddhism, four places are considered to be the main sites of pilgrimage that every Dharma practitioner should visit at least once in a lifetime. The Temple of Maha Bodhi, where Buddha Shakyamuni (the historical Buddha of our time) reached Enlightenment, is listed among them.

The first temple complex of Maha Bodhi was build by emperor Ashoka in 3rd century B.C. It has been a place of pilgrimages for centuries, with such important Buddhist masters as Nagarjuna and Asanga as well as many other pilgrims from all over Asia coming here to recite aspiration prayers.
Buddha himself taught that recitation of aspiration prayers in a particular place like Bodhgaya during an auspicious time is multiplying the accumulated merit a thousand times. Plus, all the group shares the merit that every practitioner obtains.

Benefits of Aspiration Prayers at the Kagyu Monlam

Nagarjuna, the famous Buddhist master from India, once said that, if we make aspiration prayers together with a high-level Bodhisattva, the result of it is so powerful that it can avert natural disasters, and remove evil karma of all kinds.

This is why practitioners from all over the world gather every year under the majestic Bodhi Tree, the direct descendant of the one that Buddha Shakyamuni himself was sitting under. During the Kagyu Monlam, in the presence of Karmapa, high lamas of the Kagyu lineage and monastic sangha, we join our aspirations and dedicate the merit for the benefit of all sentient beings.

Participating in such an auspicious event as the Kagyu Monlam at least once in a life time is a rare and precious opportunity. Combining it with a pilgrimage to one of the four principal holy Buddhist places makes it even more special.

The Kagyu Monlam takes place annually in December, and we organize the travel to Bodhgaya together with our partners in India. You can easily combine it with Sharminub Guru Yoga Retreat guided by Jigme Rinpoche or a pilgrimage to other holy Buddhist sites.

If you want to receive the information about this year’s Kagyu Monlam, please sign up for our Newsletter below, and we will send you the information as soon as the organization committee announces it.